Pâte Fermentée is one of the basic pre-ferments used in bread making and it refers to a dough that is made before the bulk of the main bread dough is put together and allowed to mature or ferment.

OK, so how do you say it? The French word “pâte” means ‘dough’ and is pronounced “paw-tt”. “Fermentée” means fermented and is pronounced “‘fair-mahn-tay”. (Please don’t confuse“pâte” and “pâté” – one means dough where the other means a paste, as in “pâté de fois gras”.)

By allowing a portion of the dough to ferment ahead of time, it can be allowed to do so overnight (or however long) in a cool space (slowing yeast activity)  where it develops a lot of great flavour that would not be available in a shorter rest time. The dough is then added to the rest of the bread’s ingredients and presto, your “new” dough gets a tremendous flavour boost.

In a bakery setting, a large amount of this dough would be made regularly and a small portion of it would go into, say, baguettes, another portion into kaisers, etc. This is why the pâte is very basic – it would be used throughout the day to make whatever bread was on the menu.

At home, you still want the fermentation/development that occurs but would normally just make enough for your next bake.

In The Bread Baker’s Apprentice, this shortcut is used a fair bit. It’s a very simple, lean dough.

The Mis en Place for 16 oz of Pâte Fermentée: 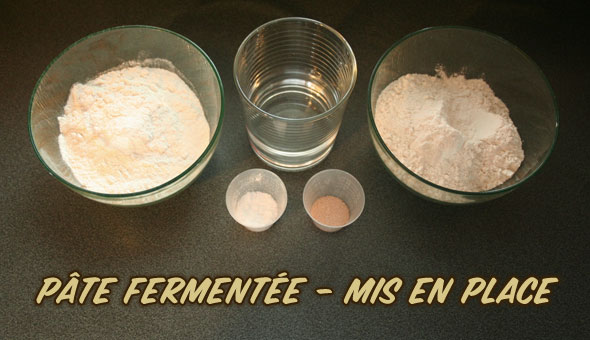 Put the dry ingredients into a bowl and stir to blend. Add the water (holding back 2 tablespoons) and mix until the dough forms a ball. Use the remaining water if necessary. (It was and I did.) 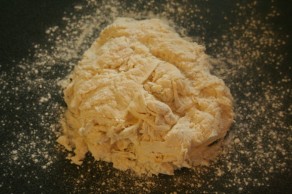 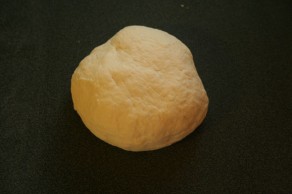 Turn out the dough ball onto a lightly floured surface and knead for about 4 to 6 minutes until soft and pliable, tacky but not sticky.

Alternatively you can mix and knead the dough in a stand mixer, kneading for about 4 minutes with the dough hook.

Oil a bowl, pop the dough in and flip over to oil both sides, then cover. Mark the volume. 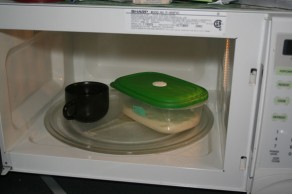 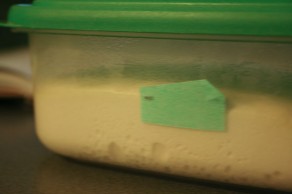 Put bowl in a warm spot and allow to rise for about 1 hour until 1 & 1/2 it’s original volume.

Here I’ve heated up a cup of water in the microwave and once boiling, placed the dough in. The dough is NOT being microwaved, we’s simply using the small, heat-retentive aspect of the oven as a proofing box. The closed microwave, with a cup of water acting much like a hot water bottle, will keep the environment at a nice warm temperature. If there’s ANY chance someone might turn the oven on while it’s rising, be sure to stick a note to the door, preferably over the keys.

It took about an hour and a half to get the volume right. Again, we go by the DOUGH, not by the clock. 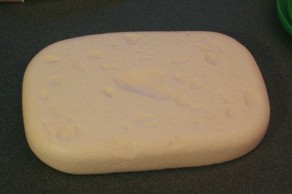 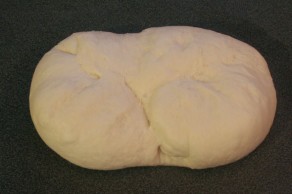 Turn the oiled dough out onto the counter and knead very briefly to degas. Return the dough to the bowl and cover. 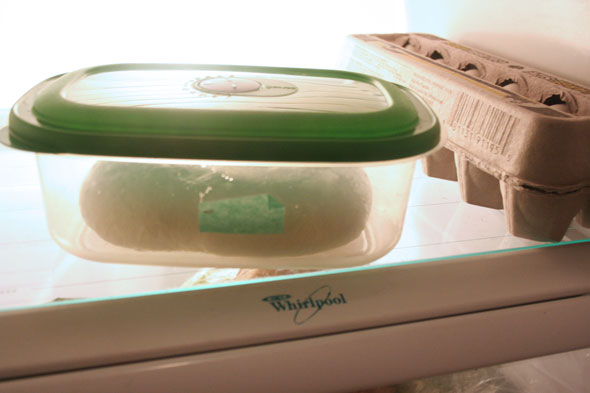 The Pâte Fermentée then goes into the refrigerator where it can stay 8 to 12 hours or up to three days. After its refrigerated rest, it is typically taken out the next day and allowed to warm up for an hour before completing whatever bread recipe you are making.

The dough can also be put in an airtight freezer bag and frozen for up to three months. 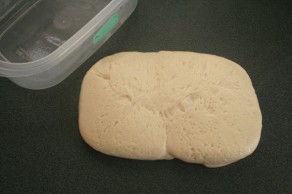 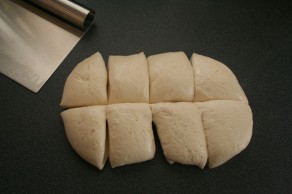 After it’s overnight rest in the fridge, the dough is (usually) chopped up into small pieces. This simply makes incorporating into the rest of the dough easier as well as letting warm up a little faster than if it were in one large lump. 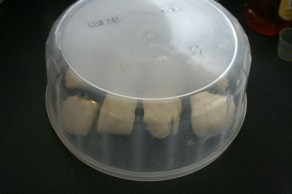 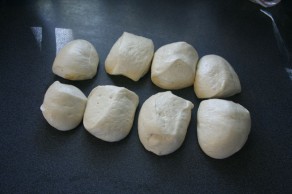 Once chopped, the bits are left to warm up, covered, for about an hour at which point they’re ready to add to our bread dough.

Examples of breads that use Pâte Fermentée:

French Bread,
Italian Bread,
Pain de Campagne,
Sour Rye with Caraway
– this builds a rye Pâte Fermentée and uses sourdough instead of instant yeast but it is otherwise the same thing.